Don't know why it wouldn't post with the other...

boki wrote:
One of my projects. The best bike ever! :)

Quote Reply
Let's see your ride! [ In reply to ]
Quote | Reply
exxxviii
Post #6281 of 6429 (10964 views)
I have done yet another round of performance and luxury upgrades to my 2016 My Felt IA16. I guess I could say it is now 150% upgraded. It has its 3rd drivetrain and 3rd set of wheels from new. But the stuff that matters is I tweaked my position, put on faster wheels, and installed the draft box. It is yet more aero and even lighter than before. I have done three rides on the new setup, and it is about 25W faster than my 2017 setup. (That is, for about the same speeds, I was putting 20W to 30W less power for about every Strava segment I compared. And, as a control, the climbing segments were about the same speed for power.) The last change to make is a Tririg tilt kit (ordered). But, I do not plan to install it for my first HIM in three weeks.

One very cool upgrade is an CNC-machined aluminum extension stick for my Tririg bridge plate that lets me mount the Garmin out front. Forum member Pwraddr designed and created it. I plan to post separate pictures on that later. And for the sake of comparison, here is my bike last year. That version took about 25W to ride the same speed as above. Quote Reply
Re: Let's see your ride! [Fishbum] [ In reply to ]
Quote | Reply
exxxviii
Post #6283 of 6429 (10847 views)
Itâ€™s kind of a â€śGive a Mouse a Cookieâ€ť path. I wanted a disc for the speed. I wished I had a 90mm up front for the cosmetics. So, I was thinking about a complete set. I was influenced here by the number of HED advocates. The idea of Blackâ€™s breaking was appealing. From what I read, I did not think I would give up much, if any, speed to the FLOs. The HED disc is a little lighter than FLOs discs. My Bike Shop had a great sale on HEDs... so I defected. I drooled all over my keyboard..

This is the most amazing build I've ever seen on ST. Bravo sir. As a side note, there's nothing wrong with painting your aero bottle ;) Also, how do you like the vision BTA? I like mine. Your the first person I've seen besides myself to run it and I run it in the exact same configuration as you *but* I rotate the straw forwards toward the end of my aero bars and use a magnet to secure it.

My guess is a tilt kit from Premier Bikes? Looks like the same angled wedge seen on the Tactical.
Alex Arman

Quote Reply
Re: Let's see your ride! [ret123] [ In reply to ]
Quote | Reply
kppolich
Post #6293 of 6429 (10347 views)
You could-- instead of selecting a page from the dropdown on this thread select View All. Warning: It's going to take a while to load (1-2 minutes). Then you can use the control+f keyboard shortcut to 'find' a keyword or user and scroll through your hits.


I found a guy that had them machined in a UK time trialling forum and got a 10, 15 and a 20 degree kit. I am running the 15 at the moment. They look like they come out the Pro factory powder coated and everything. PM me if you want one and I will put you in touch.

Last edited by: Shambolic: Apr 22, 18 15:11
Quote Reply
Re: Let's see your ride! [GreenPlease] [ In reply to ]
Quote | Reply
Shambolic
Post #6295 of 6429 (10239 views)
Haha I tried putting the black Torhans VR that I had used on my Dimond Brilliant to race but it didn't fit as nice on the Marquise. I then tried the black elite aero bottle I have but found it had split in it from last race I ever used it before going to the VR after it bounced out my frame racing. So I tried the specialized bottle and it fitted perfectly but being the day before the race I wasn't going to pull the spray paint out but likely will. I used to run the Xlab Torpedo and think the Vision is far better. One with the straw that bends away and based on what some if the people on here get bent over when it comes to aero I am sure it will excite some but you also don't have to worry about the straw hitting you when you put your head down. It has the mesh inside and a better sealing system with the refill opening right at the top that suits a tilt kit set up a lot better so I couldn't be happier with it. Brent
DFRU - Detta Family Racing Unit...the kids like it and we all get out and after it...gotta keep the fam involved!
Quote Reply
Re: Let's see your ride! [Shambolic] [ In reply to ]
Quote | Reply
RoYe
Post #6298 of 6429 (10155 views)
Shambolic wrote:
Denice Dimond complete with dancing shoes on for Challenge Melbourne today... 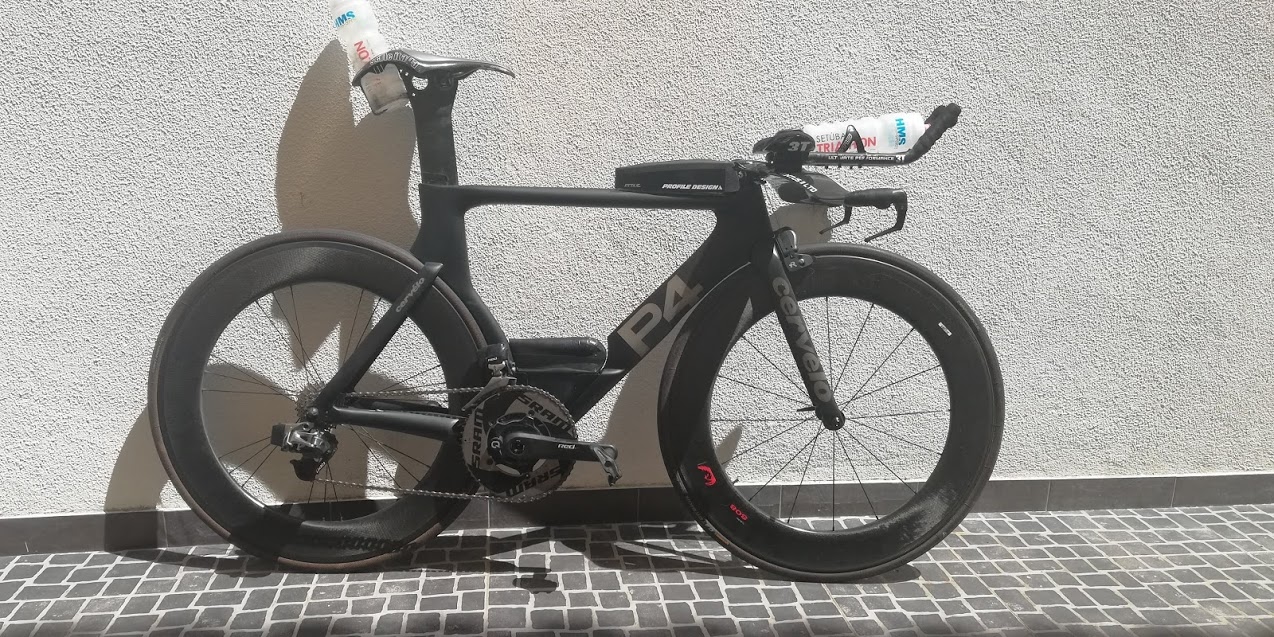 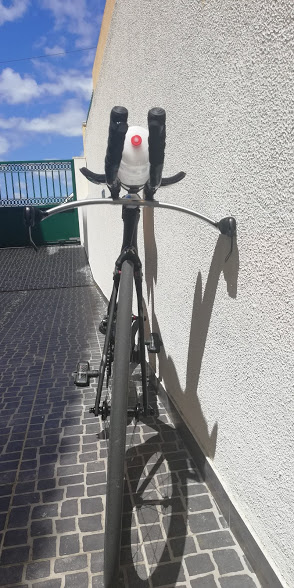 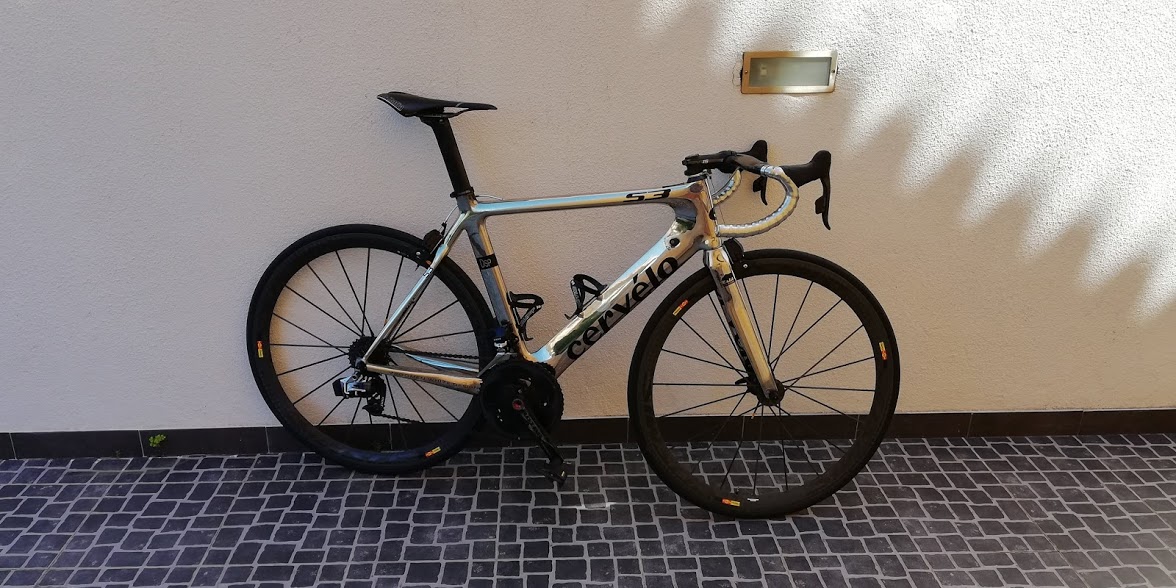 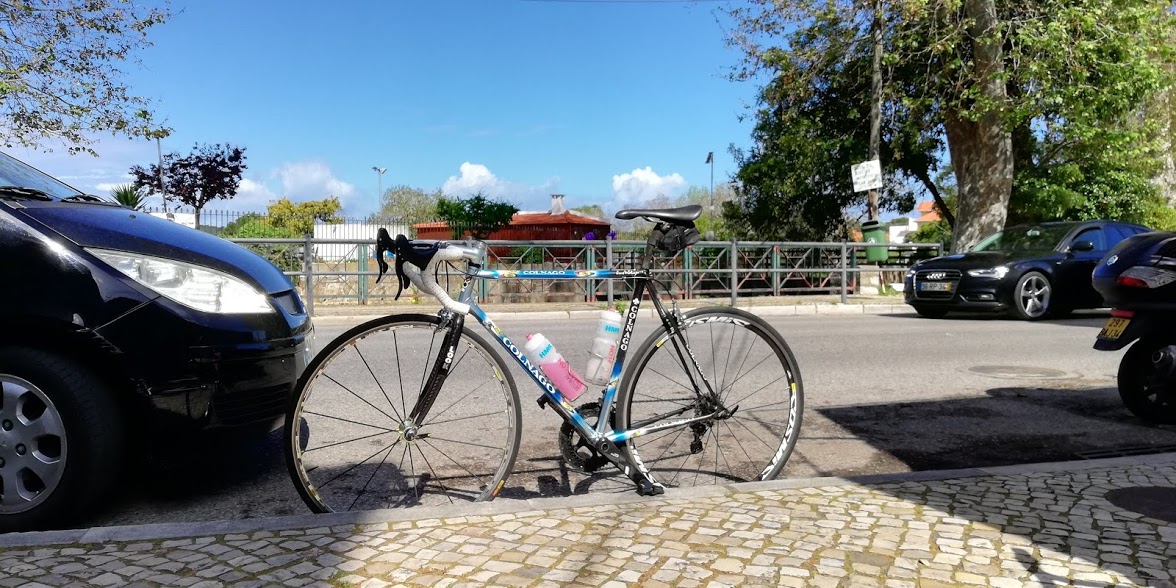 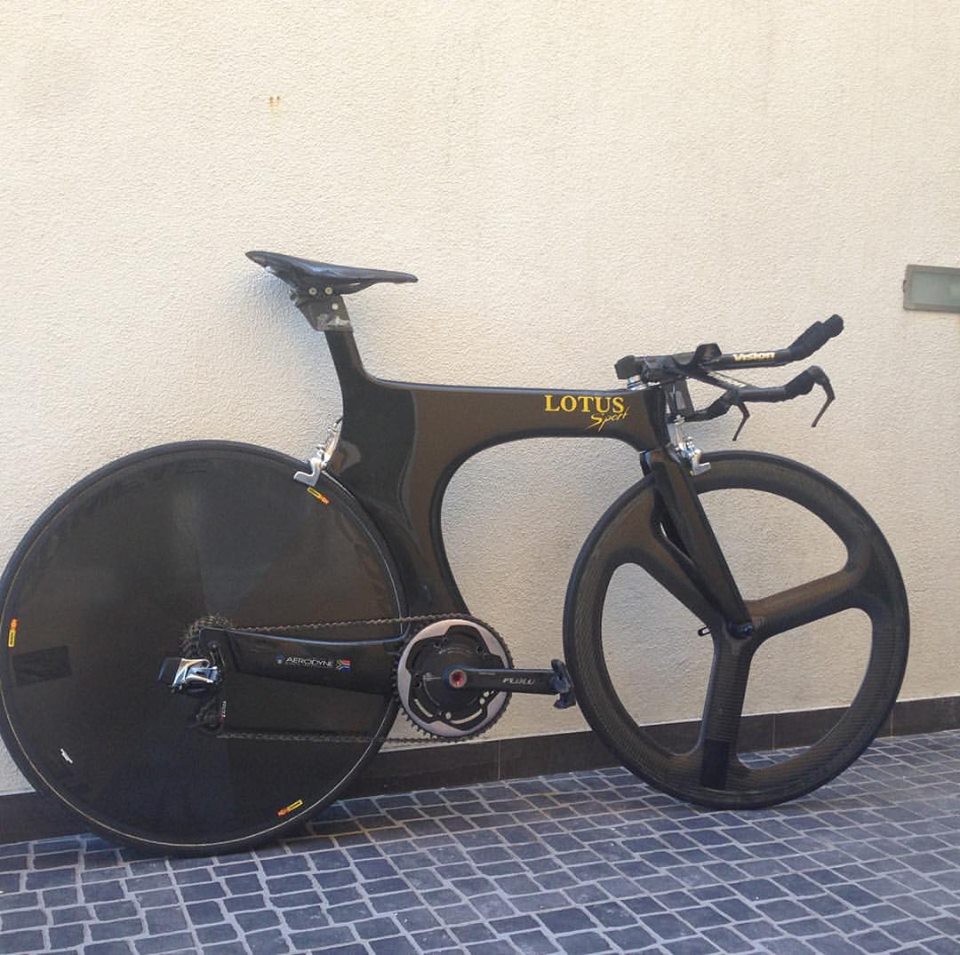