Tri
Classifieds
Lavender
Jobs
Womens
Notices
How was your week? Sept. 4 Edition
Quote | Reply
Dr. Tigerchik
Post #1 of 9 (3139 views)
A Monday holiday in the US!
maybe she's born with it, maybe it's chlorine
If you're injured and need some sympathy, PM me and I'm very happy to write back.
disclaimer: PhD not MD

Quote Reply
Re: How was your week? Sept. 4 Edition [Dr. Tigerchik] [ In reply to ]
Quote | Reply
Dr. Tigerchik
Post #2 of 9 (3131 views)
I didn't set goals last week on account of the kittens being born :-) I had a good week with them - worked from home as much as I could. They are growing so fast!

Quote Reply
Re: How was your week? Sept. 4 Edition [Dr. Tigerchik] [ In reply to ]
Quote | Reply
Scheherazade
Post #4 of 9 (3107 views)
And a holiday in Canada too. Last long weekend of the summer; the next one is Thanksgiving!

Last week I said: My one goal is to cycle enough by Thursday to meet my 1000km goal for the month (YES). And then maybe run once or twice after that (NO, still recovering).


I was really pleased to meet my August goal of cycling 1000km/622mi (highest mileage month prior to this was 460mi). I'm now paying the price a little though. I tried to ride out on Saturday to watch the Tour of Alberta and my body was just not having it. So I've taken a few days off but boy do I feel antsy from not working out.


This week my goal is to listen to my body! If it gives me the go-ahead I might do the club TT on Wednesday, but if it doesn't I'm not stressing about it.

Quote Reply
Re: How was your week? Sept. 4 Edition [Dr. Tigerchik] [ In reply to ]
Quote | Reply
edbikebabe
Post #5 of 9 (3080 views)
After 13 months of maternity leave I have to go back to work tomorrow. To say I'm okay with it would be a gross overstatement. My oldest son starts grade 1 tomorrow and the "baby" will be at daycare.

My only goal is to survive the week and hope it's an easy transition for all of us.

I'm going backpacking with a friend next weekend, so at least I have that to look forward to. It's an easy overnight hike - perfect for my first time out.

Quote Reply
Re: How was your week? Sept. 4 Edition [Dr. Tigerchik] [ In reply to ]
Quote | Reply
ironclm
Post #6 of 9 (3077 views)
In a groove with my new personal trainer. I'm working out with him twice a week and I love it. I also went back to the pool since they added a noon workout 3 days a week. And, I walked a 5K on Saturday. First race in over a year.

Month of August: Down 6 pounds.

I'll try to get some kitten pics up. I have been soooo busy.
maybe she's born with it, maybe it's chlorine
If you're injured and need some sympathy, PM me and I'm very happy to write back.
disclaimer: PhD not MD
Quote Reply
Re: How was your week? Sept. 4 Edition [Dr. Tigerchik] [ In reply to ]
Quote | Reply
SLOgoing
Post #8 of 9 (3054 views)
Hi, Women!

I had a very light week. I ended up escaping the California heat wave melt down by spending it at Catalina Island at a friend's place. It was paradise. I swam in the ocean 4 days in a row, a couple of miles each day. I only had my watch tracking me one of the days. The water was so warm and crystal clear with a never-ending view of tropical fish. Water temp was between 72-76. WOW. That is a lot warmer than my usual OWS temp of 60. 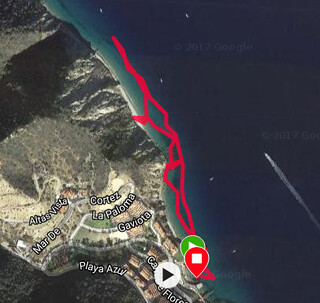 On Monday the water was really rough and the currents were strong (a storm had passed through earlier). Nobody was in the water. There was a loose kayak banging around in the bay so I went and rescued it. I knew I was swimming all over trying to catch and secure it without ending up on the rocks myself, but my GPS tells a more colorful story (as you all know, OWS GPS is... an exaggeration). It took around 15 minutes to finally catch the thing and bring it in safely. 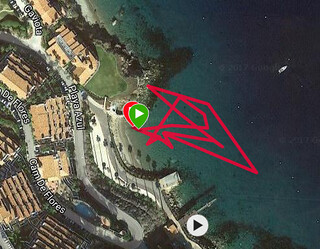 I was also able to manage an 8 mile run, almost across the island and back. I did see the coast of the other side, but didn't run down to the water because it was sheer cliff. Though I was tempted to jump off the cliff and swim back, but alas, was unprepared for such an adventure. Oh. And I played tennis. Me + ball + stick-to-hit-ball = laughable. I hit several home runs. 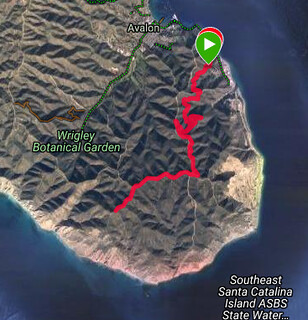 Other than that, just trying to stay cool in the heatwave.


Next up: Santa Cruz 70.3! I hope I didn't eat too much island goodness to destroy whatever form and fitness I had built up to be ready.


Sunrise in the East! 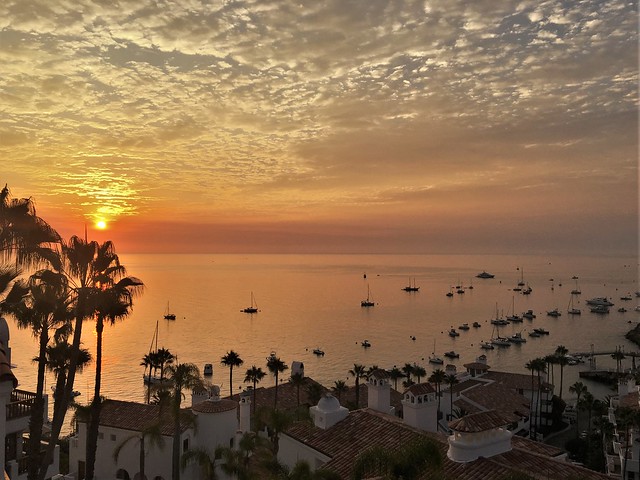 Fire Road are endless. View to the East. 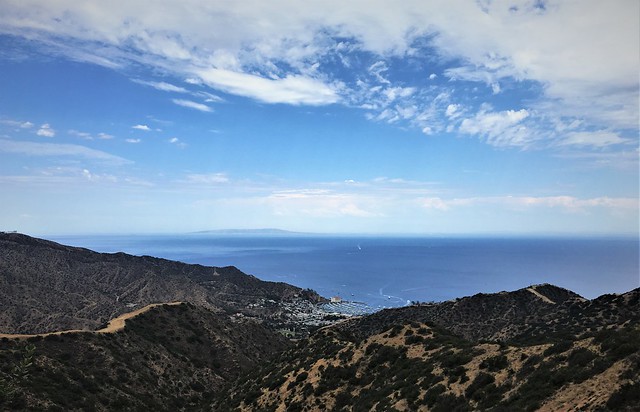 View to the West. 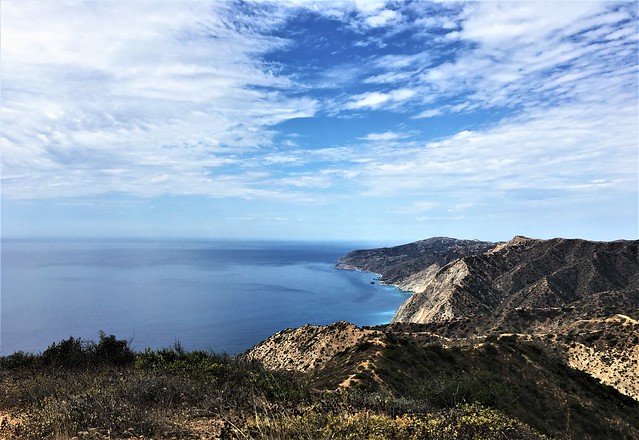 Your trip is short. Make the most of it.
https://www.slogoing.net/
Quote Reply
Re: How was your week? Sept. 4 Edition [Dr. Tigerchik] [ In reply to ]
Quote | Reply
TwoDollarSteak
Post #9 of 9 (3030 views)
Hooray for kittens and thanks for getting us started, Dr. Tigerchik. Good work last week and good luck in your race this weekend!
Well done Scheherazade and even better to be listening to your body. So smart.
Good luck on your return, edbikebabe!
Glad you're in a groove ironclm, keep at it.
Gorgeous photos, SLOGoing. The last time I went to Catalina I didn't know how to swim -- you've inspired me to return soon. See you this weekend :D

As SLO menioned, it's been VERY hot in SoCal. I moved my training around to avoid the hottest part of the days but it still felt like a slog. My goals for the week were: 3 runs, 3 bikes, hopefully 2 swims, daily p/rehab, and maybe 2 yoga classes.
I did 3 runs, 3 bikes, 3 careful swims testing out / managing my elbow, and 1 yoga class -- I wasn't as good about my daily p/rehab over the long weekend as I should have been but that'll be a focus this week before my race.

This week is race week -- I'm feeling tired but okay. I am happy to have a nice taper with 2 easy runs, 2 easy bikes, 1 or 2 swims (depending on elbow), and hopefully 2 sessions of yoga. I'll be better about my p/rehab too.

I hope everyone has a great week of training!
(Formerly SoCalTricurious, now in the PNW).
Quote Reply
Back To ForumPrint Thread